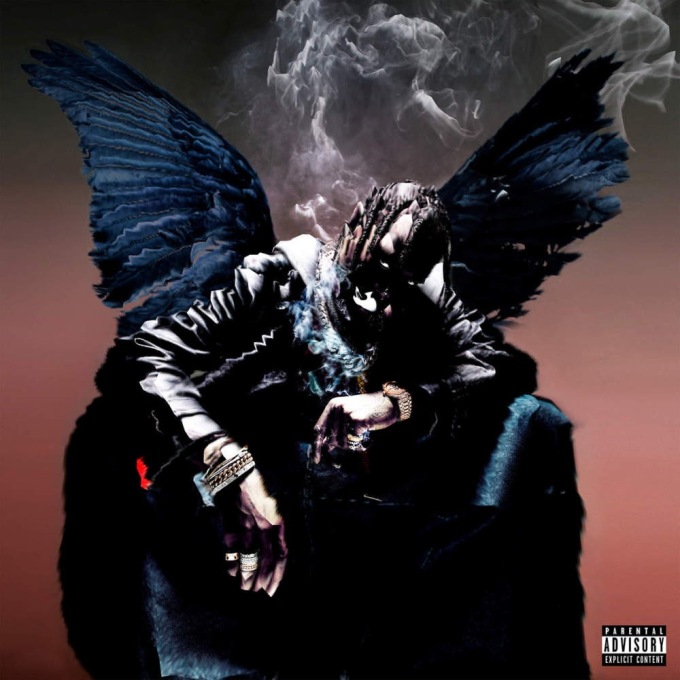 Travis Scott is known for his crazy antics, intense concerts and just being a plain asshole. But please do not let that stop you from listening to one of the best albums ever. If anyone disagrees, I’ll go ahead and leave my location on… So we can discuss it.

Lately I’ve been really paying attention to music. I want to know everything about a song. Who the producers are, who are the writers, who is in the background singing-  like I need to know! I’m just realizing that making music is really art. Every little sound you hear took a lot of time and effort. That’s another thing, production. Producers do not get enough credit. But I’m here to say that the production on this album was (excuse my language) fucking amazing!

The first song “the ends” (which is ironic because it’s the beginning of the album) builds up your anticipation. It then goes into a completely new beat. Then Andre 3000 slides on the track one time. You wouldn’t even know because none of the song title says who is featured which I love because it’s a surprise element that keeps you on your toes.

The second song “way back” is fire as fuck. You here “woah, yeah boy” and try to think who’s voice it is. It’s Kid Cudi bitch! You’ll hear Swizz Beatz yelling “right”.  I swear I hear Kanye West saying “we in the house” but I have no valuable sources to confirm that. Plus, there are times I confuse Travis’ voice for Kanyes’ but that’s another story. After wanting to shake your ass for 2 minutes or so, it transitions once again into another beat. It’s like two songs in one!

Then there’s the third track “coordinate”. It starts off with a recording of Blac Youngsta that can either motivate you or make you laugh a little. The hook “coordinate the tan with the beans in my rock star skinnies”is a drug reference where he mixes oxycodone and MDMA while wearing tight skinnies. Take that line however you want, but Travis considers himself to be a rock star and sometimes rock stars take drugs. In this song, you’ll notice a lot of his adlibs such as  “it’s lit”, “yeah!” and “straight up”. In my opinion it adds more ‘litness’ (lmao what the hell am I talking about).

The fourth track “through the late nights” featuring Kid Cudi is the best songs on the album. FIGHT ME IF YOU THINK OTHERWISE.

People have been making fun of Cudis’ constant humming in songs but it literally made this song that much better.”Hmm, nah nah mmm, nah, nah nah”is the best line. Travis comes into the mixture of humming and repeatedly says “all through the late night”. Throughout the track, the boys explain how they sleep during the day, party all night and sometimes they wake up in places there not familiar with. Travis says one of Cudis’ popular lines “day n, night, I toss and turn I keep stress in my mind”.

The fifth track “beibs in the trap” is another head banger. The trippy beat makes you wanna do some dumb dance. Or at least that’s how I feel. Canadian rapper and producer Nav starts off the song and really gets us in the  mood. This is another song that’s blatantly about drug use but I mean… that beat though!

On “sdp” interlude Travis and Cassie repeatedly harmonize the line “smoke some, drink some, pop one”. This track samples “You and I” by Washed Out. Although it’s just repetition, it’s extremely good to me.

Honestly, I was gonna crack down on all 14 songs because they’re seriously that great but for my sanity, I’m going to skip over to track 13 “guidance”. So word on the street is.. well the internet, is that Travis stole this song from an artist by the named K. Forest . I guess Travis didn’t properly credit him and remixed it but like… still didn’t give credit which is kind of a bummer. You can listen to the original here and compare.

His last album Rodeo was great but he definitely showed improvement. Seeing that he used to work behind the scene as a producer, I’m pretty sure he’s aware of how much a good beat can impact a song.

Check out Rap Genius if you want to know the lyrics, the producers, writers and the samples that were used. And obviously listen to the album!